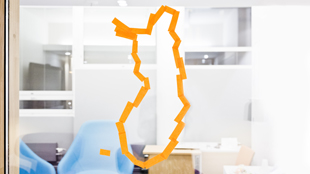 The Government is proposing to Parliament the establishment of counties on 1 July 2017 and the transfer of responsibility for the organisation of social and health care services from municipalities to counties as of 1 January 2019. The Government proposal for the health, social services and regional government reform was put to Parliament on 2 March.

The purpose of the reform is to secure key public services and offer people improved opportunities for social engagement, exertion of influence and freedom of choice. Social and health care services shall constitute a coherent system that increases equality in access to services. To achieve this, the most effective and efficient procedures available will be employed. Another objective is to put in place a modern, cost-efficient administrative system in Finland.

At the same time, the Government proposes that Parliament pass a Counties Act, an Act on Organising Health and Social Services and an Implementation Act to implement the first two acts. Additionally, amendments are proposed to acts regarding the financing of counties, division of counties, central-to-local government transfers for financing the provision of basic services, taxation and the position of personnel as well as certain general administrative acts. All in all, the proposal includes 34 acts.

According to the proposal, a total of 18 counties based largely on the existing regions will be established in mainland Finland. Counties are public-law bodies that enjoy regional autonomy. The counties will have county councils to be elected by direct popular vote. The counties will serve as public authorities with a wide range of duties to be defined in the County Act.

At the same time, the regulations governing the organisation, provision, administration, planning, financing and oversight of public social and health care services will be updated. As a result of the reform, the social and health care services currently provided by close to 200 municipal organisations will be taken over by the counties. Additionally, there will be five collaborative catchment areas for the purpose of regional cooperation.

According to the proposal, the counties will be required to make administrative arrangements to segregate the organisation and provision of social and health care services in the context of their own activities. For the provision of services, counties will establish county-owned undertakings capable of producing the services independently. At the same time, they will be able to complement the range of in-house services by purchasing ancillary services from private providers.

State to finance the operations of counties

The Government proposes that EUR 17.4 billion at 2017 prices be allocated for the performance of the duties foreseen in the proposal. While the level of financing will not be reduced in the future, efforts will be made to curb the growth in costs. The objective is for the total costs in 2030 to be EUR 3 billion lower than they would be in the absence of the reform.

Over 215,000 employees will transfer to counties from municipalities, and joint municipal and state authorities following the principles applied in connection with transfers of business.

The assets and liabilities of the existing statutory joint municipal authorities will be transferred to the counties. Additionally, all movable property related to the performance of the duties being transferred and relevant contracts will be reassigned from municipalities to counties. Counties will lease the social and health care facilities from municipalities for a fixed term.

The Government proposes that the acts enter into force in stages starting with the establishment of the counties on 1 July 2017. This will be followed by the appointment of provisional preparatory bodies to make the necessary preparations for the operations and administration of the counties. The counties will commence actual operations on 1 March 2018 when the term of county councils begins. The responsibility for organising social and health care services and other statutory duties will be assumed by counties from municipalities, and joint municipal and state authorities on 1 January 2019.