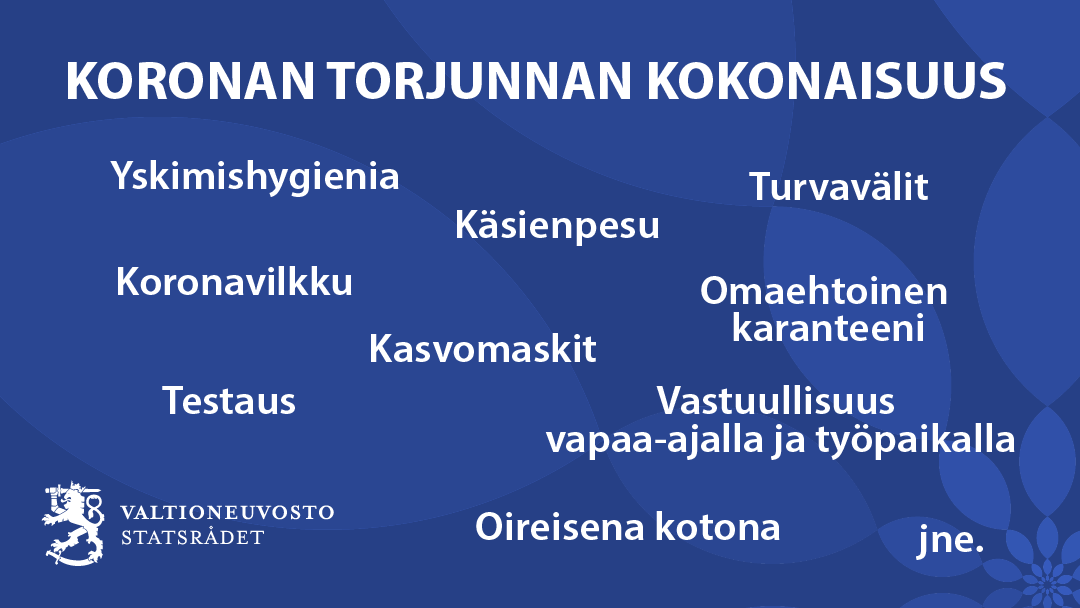 The weekly number of new coronavirus cases has increased significantly in Finland over the last month. Of the indicators defined in the hybrid strategy, the incidence of new cases both in the previous seven days and in the previous 14 days as well as the proportion of positive COVID-19 cases of all samples taken have grown at an alarming rate.

Over the past few weeks, more and more large domestic clusters of COVID-19 and mass exposures have been reported in Finland, and these have resulted in further infections. Most of the new cases are related to known chains of transmission from around the country. The aim is to continue to trace all new cases as carefully as possible.

The virus has spread within families and in workplaces, educational institutions, private parties and through leisure-time activities, for example. Very few of the exposures in schools or daycares have led to further infections. Mass exposures at restaurants and bars have been the source of numerous infections. Only less than five per cent of the cases are of foreign origin.

The information on the tracing of infections is based on the information reported by 17 hospital districts and the City of Helsinki, covering about 600 cases between 21 and 27 September.
Now young people and young adults account for a bigger share of all cases than last spring.

Currently, the estimated basic reproduction number is 1.25–1.30, with a 90 per cent probability. This is at the same level as the week before.

Number and incidence of cases on the increase

The most recent weekly report of the situational picture and modelling group as well as previous reports are available on the website of the Finnish Institute for Health and Welfare (THL).

At present, the testing capacity of laboratories has exceeded the target of 20,000 samples per day as set out in the testing strategy. During the period of 21–27 September, a total of about 7,000–14,000 people were tested for coronavirus in Finland every day. About 0.8% of them were positive. The number of new infections has increased for a month now.