Ministry of Social Affairs and Health, Finnish Institute for Health and Welfare
Number and incidence of COVID-19 cases are on the rise 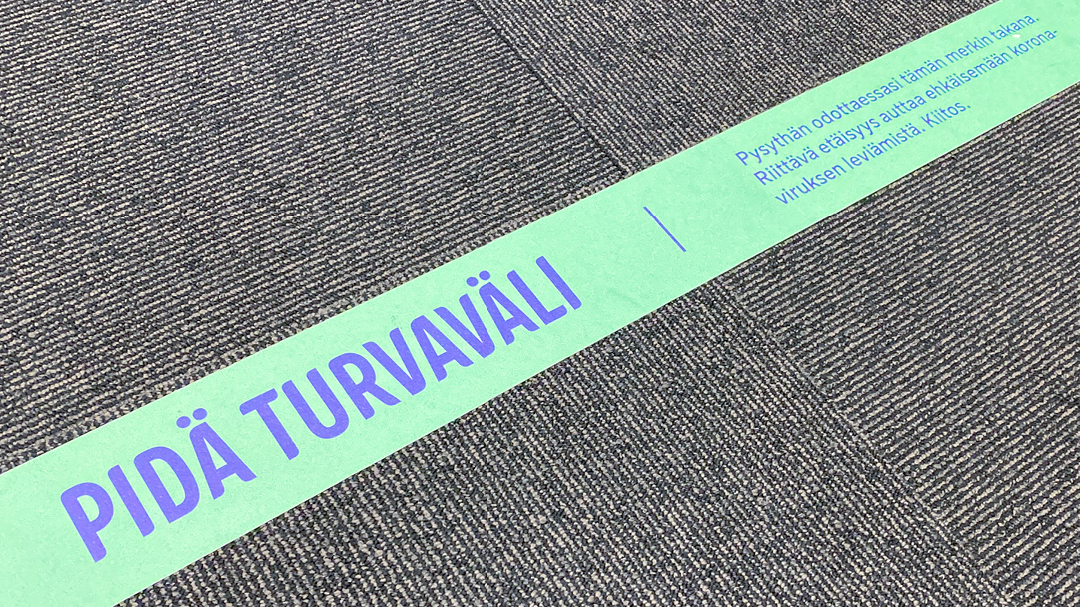 The number and incidence of new COVID-19 cases are increasing in Finland. Last week, the majority of the new cases were reported in the Hospital District of Helsinki and Uusimaa. Currently, there are so many new cases that the epidemiological situation can worsen rapidly across the country.

When examining the indicators used to monitor the impact of the hybrid strategy, the Hospital District of Helsinki and Uusimaa can be considered to fulfil many of the criteria for the community transmission phase. However, the situation concerning hospital and intensive care in the District is relatively good. The situation is assessed regularly at the meetings held by the local coordination groups of Uusimaa and the Greater Helsinki area.

Currently, the estimated basic reproduction number is 0.85–1.1, with a 90 per cent probability.
The majority of the new cases continue to be of domestic origin. Cases where the virus was contracted abroad accounted for about six per cent of all new cases. Approximately six per cent of the cases were infections caught in Finland that came from people who had contracted the virus abroad.

Over one third of all new cases in Finland were reported among people already in quarantine.

Source of infection known in about half of cases

During the period of 9–15 November, the percentage of new cases with known source of infection was more or less the same nationally as in the previous weeks: 52 per cent in the whole of Finland and 38 per cent in the Hospital District of Helsinki and Uusimaa.

More than half of the traced infections (55 per cent) were contracted from people living in the same household. The proportion of workplaces has risen compared to the previous period. Between 9 and 15 November, one out of five infections was caught at work. About six per cent of the cases were contracted at educational institutions, and cases where the virus had spread through recreational activities accounted for about five per cent of the cases. Only isolated cases of COVID-19 were reported in early childhood education and care and at food and beverage service establishments.

As the number of cases increases, it is more important than ever to start tracing infections quickly and, in doing so, to focus primarily on events that pose a high risk of exposure to COVID-19.  Because the virus is transmitted efficiently particularly between people who are in close contact for a longer time, people with even the mildest symptoms should not take part in social events. If symptoms occur, it is imperative to avoid contact with other people and get tested as soon as possible.

Number of cases among older age groups is worrying

Although the majority of cases are reported among younger age groups and working-age adults, the number of cases among older age groups has increased slightly when compared to the previous weeks.  People over 60 years of age now account for more than 12 per cent of the new cases. The percentage of people over 70 years of age has increased at an alarming rate. During the period of 9–15 November, people over 70 years of age accounted for six per cent of the cases whereas over the past month the rate has been around 3–4 per cent.

People over 70 years of age have an elevated risk of developing a more serious form of the COVID-19 disease so it is essential to protect them from contracting the virus. Each of us can do our part to slow down the spread of COVID-19 by acting responsibly and following the guidelines and recommendations issued by the authorities. It is important that healthy people too avoid close contact with others during the epidemic.

Slight increase in the number of people requiring hospital care

The number of patients requiring hospital and intensive care has been increasing since October. On 18 November 2020, a total of 90 patients were receiving hospital care due to the COVID-10 disease, and 12 of them were in intensive care.

It is estimated that about 15,300 people, which is over 75 per cent of all confirmed cases, have recovered from the disease. The total number of confirmed cases in Finland now stands at 19,935. There have been 374 deaths related to the disease.