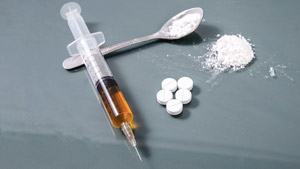 On 12 November, the Government amended both the decree on narcotic substances, preparations and plants (Narcotics Decree) and the decree on psychoactive substances prohibited on the consumer market. The decrees will enter into force on 21 December 2020.

A total of 32 new substances that are used for intoxicating purposes will be added to the list of psychoactive substances prohibited on the consumer market in Finland. These substances are available in Europe particularly for recreational use. They are not medicines or narcotics and, as far as is known, they do not have any industrial purposes either.

The prohibition of these substances may slow down and even prevent their spread to new user groups and young people in particular. It will also enable more efficient control.

Because new psychoactive substances are marketed online, there is a global market for them. It is important to identify such substances as early as possible and to bring them under control. This makes it impossible to circumvent legislation by making tiny changes at the molecular level.

The Narcotics Decree will, for the first time, classify brorphine and etazene as narcotics at the national level. They are synthetic opioids that resemble morphine and fentanyl.

The most harmful effect of their misuse is a life-threatening respiratory depression caused by an overdose. It is impossible to know the content or purity of the brorphine and etazene products on the market. They are even sold as other products or substances. Such products involve a high risk of severe and even accidental poisoning.

In the same context, eight substances that were previously classified as psychoactive substances prohibited on the consumer market will be classified as actual narcotics on the basis of the classification made by the UN Commission on Narcotics Drugs in March 2020. These substances are DOC, AB-FUBINACA, 5F-AMB-PINACA, 5F-MDMB-PICA, 4F-MDMB-BINACA, 4-CMC, N-ethylhexedrone and alpha-PHP.

Of these, DOC is a hallucinogen similar to LSD and DOM, which are both classified as hallucinogenic drugs internationally. AB-FUBINACA, 5F-AMB-PINACA, 5F-MDMB-PICA and 4F-MDMB-BINACA are synthetic cannabinoids with effects similar to those of cannabis. Synthetic cannabinoids are more potent than cannabis, and their accurate dosing can be difficult as they are available as pure powders and herbal blends. 4-CMC, N-ethylhexedrone and alpha-PHP are stimulants that are associated with risks and dependence potential similar to those of substances such as ecstasy, amphetamine and methamphetamine, which are already classified as stimulants.

Benzodiazepines have a paralysing effect on the nervous system, which can threaten the user’s life. This risk increases if the person simultaneously uses both benzodiazepines and alcohol or psychoactive medicines.
These substances do not have any medical purposes in Finland.