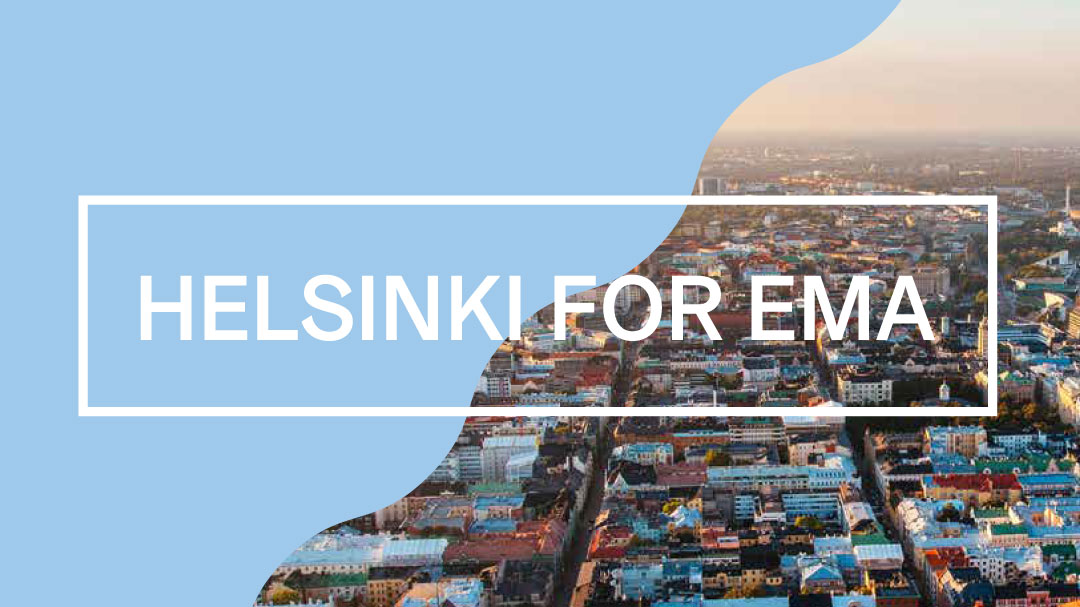 “Although the EMA will not be moving to Helsinki, by joining the contest we were able to improve our Europe-wide networks in the medicines sector. Our Helsinki for EMA campaign showcased Finnish expertise in the field,” said Minister of Social Affairs and Health Pirkko Mattila.

Finland has high-ranking expertise in the health and medicines sectors. Health technology has long been our leading sector in high-technology exports, and its exports value has increased five-fold in the past two decades. The Finnish Medicines Agency (Fimea) is a highly esteemed agency in the EU. It also plays an important role in the European cooperation to supervise medicines, as was highlighted in the campaign.

“We have promoted our strengths and highlighted facts about them during our campaign,” says Minister Mattila.

In its campaign the City of Helsinki asserted itself as a rising centre of health and life sciences, where the research community and the public and private sectors work closely together. There are nearly 30,000 highly educated life sciences professionals in the Greater Helsinki area.

The universities and research institutes in the Greater Helsinki area together form one of the highest-ranking medical research hubs in Europe.

“We believe that our role in the campaign for EMA will attract more foreign investments and expertise to the Helsinki area,” says Marja-Leena Rinkineva, Director of Economic Development in the City of Helsinki.

The European Medicines Agency (EMA) is responsible for the scientific evaluation, supervision and safety monitoring of medicines in the European Union. Its successful relocation from London to Amsterdam will be of critical importance for medicines safety in Europe. Fimea will step up its engagement in the cooperation between European medicines authorities and thereby support and contribute to the successful relocation of the EMA and the upholding of medicines safety in Europe.