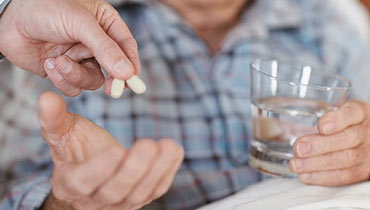 Finland has competitive basic medical research of high quality that has the potential of developing new medicinal products. However, so far commercial products have been developed rarely by international standards. The increasingly compact ecosystem in the Finnish health sector has created good opportunities also for drug development that aspires for commercial success.

The aim is to promote competitive drug development in Finland. To this end, the Government decided in the government spending limits discussion in April 2018 to allocate EUR 11 million to the establishment of a national Drug Development Centre. A working group, appointed by the Ministry of Social Affairs and Health, was tasked with drawing up a draft proposal for the founding and tasks of a national drug development centre.

The centre would serve the universities and research institutes, operators in clinical drug research and companies in the sector in all parts of Finland. The establishment of a national drug development centre would promote and strongly support the objectives of the growth strategy for the health sector and benefit the patients.

Preparation for the Drug Development Centre

The working group discussing the founding of the Drug Development Centre will draft a proposal on the key tasks and functions of the centre, its legal personality, model for its organisation and guidance, and the measures the State and other stakeholders need to take to found the centre. It will also propose how the next stage of the project should be organised and scheduled. The working group will not discuss matters concerning the location of the new centre. Those questions will be dealt with in an external assessment.