From Grand Duchy to welfare state 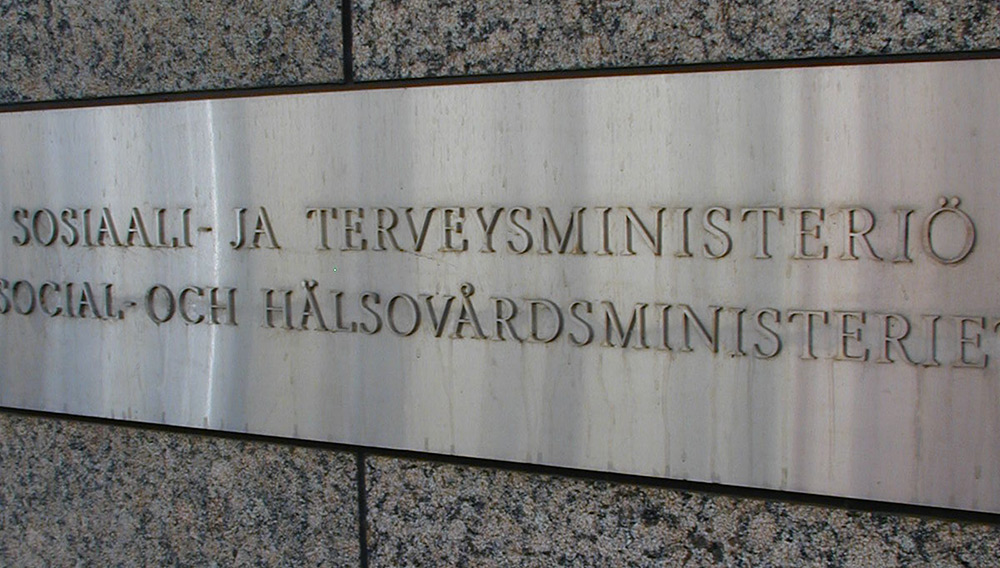 The history of the Ministry of Social Affairs and Health is slightly longer than that of the independent Finland.

A decree on the reorganisation of the Senate was passed on 8 November 1917, which can be considered the beginning of social administration in Finland. In the Senate, social affairs were separated from commercial and industrial affairs into the Administrative Department of Social Affairs, covering e.g. labour affairs, poor relief, social insurance and sobriety promotion. Labour affairs included, for example, labour protection, employment services, unemployment, labour disputes and housing for workers.

The National Board of Social Welfare was established under the Administrative Department of Social Affairs, mainly in charge of implementation.

In the beginning, the Ministry of Social Affairs focused on countering misery. Caring for the poor, vagrants and alcoholics, child protection and sobriety promotion were daily activities at the ministry. In the 1920s and 1930s, there was an attempt to develop a social insurance system in Finland, which had been planned since as early as 1888.

The development of old age, disability or health insurance was very difficult at the time. Finland’s deficiencies in social insurance were also acknowledged in international comparisons, but accident insurance for workers was still the only form of social insurance in Finland for a long time. It was not until in 1937 that a law on national pension was passed, securing pension insurance in case of old age or disability.

Towards a welfare state

A long period of post-war economic growth and reconstruction created a solid foundation for the development of a welfare state.

At the beginning of this era, the ministry focused on helping those who had suffered and been injured in the war. In the 1940s, some significant family policy reforms were conducted, involving e.g. child benefits and marriage loans. Support for mothers and maternity clinics were also developed.

In the 1950s, the construction of a welfare state truly began. Poor relief became support assistance through a law on support assistance in 1956. The reform of the law on national pension that same year and the development of an employees’ pension act in the 1960s ensured social security for the entire active population. Other areas of the social insurance system were also actively developed and reformed.

Health care was reformed gradually from the 1950s to the 1970s by e.g. developing the hospital network, public health interventions, occupational health care and physicians’ training. One important step was the 1964 health insurance act, guaranteeing citizens daily and maternity allowances to compensate for loss of income as well as reimbursements for medicine costs and physicians’ fees.

A time of great reform

In 1968, the ministry took over health care and changed its name to the Ministry of Social Affairs and Health. That same year, the National Board of Social Welfare, which was shut down in the 1920s, was reinstated.

In the 1960s and 1970s, major issues in addition to social insurance included, for example, day care, public health interventions, alcohol and tobacco policies and the development of benefits for special groups. Benefits for veterans became an important issue as wartime generations aged.

Years of economic growth in the 1980s enabled the further development of several social security benefits. During those years, there were reforms of the national pension system, health insurance act, taxation of social benefits, unemployment security, municipal social and health care planning and central government transfers to local government, among others. Family policy, services for the disabled and social assistance were also developed. Despite major development efforts, the share of social expenditure of Finland’s GDP remained at a stable 25 percent.

Social security as a safety net in depression

At the beginning of the 1990s, economic growth halted and unemployment increased rapidly. As public sector spending swelled and tax revenues dwindled, the public economy spun into a financial crisis and public debt increased significantly.

In the wake of a strong economic upturn in the mid-1990s, the development of social security continued. However, public finances remained tight for a long time after the depression. The billions spent on unemployment had to be offset by cutting other social spending.

Internationalisation became an important element in the ministry’s activities when Finland joined the European Union at the beginning of 1995. Even though social policy is mainly governed by member states, Finland’s membership has meant that national and EU level social policy have had to be reconciled.

In the 1990s, Finland began preparing for an ageing population and increasing numbers of elderly citizens. With this demographic change, the active population will decrease and public expenditure will increase.

Finland has prepared for the challenges of ageing through structural measures, in order to secure income and services for everyone in an ageing society. A high employment rate, sustainable social security funding, healthy citizens and effective, efficient social and health care services have been identified as essential factors.

A significant share of future pension expenditure is invested in funds, and several pension reforms have been conducted since the 1990s. In 2005, an extensive pension reform came into force, aiming at lengthening careers. Citizens are encouraged to continue working through occupational wellbeing and working life development programmes, which enhance the appeal of working. A broad-based Sata committee looked into social security from 2007 to 2009 and outlined reforms on social assistance.

The focal point in the promotion of health, mobility and wellbeing is shifted from problem-solving to prevention. Health must be a part of all decision-making in society.

A local government and service reform (the Paras project), which began in 2005, concerns the entire service system. The goal is to create a coherent and sustainable structure for the social welfare and health care sector.

A new Health Care Act strengthens the link between basic health care and specialised health care. Social welfare legislation is also undergoing fundamental reform. Development targets for social and health care were determined through the Kaste programme for 2008-2011, and the programme was continued from 2011 to 2015.

As a result of decades of development, Finland has a high-quality, fundamentally functional social security system. Finland is at the top of the ranking in several international studies on welfare.

However, the development of a welfare state is a never-ending process. Structural change in the global economy, a more open operating environment and ageing population entail challenges to maintaining high-quality social welfare and funding. They further emphasise the importance of preventive work.

In the new social and health policy strategy, Socially Sustainable Finland 2020, the main goal is a socially sustainable society, where people are treated equally, ensuring inclusion, the necessary security and services and promoting a healthy, disability-free life. The welfare state must have a solid foundation both economically and socially.

Watch video about achievements of MSAH during Finland's independence