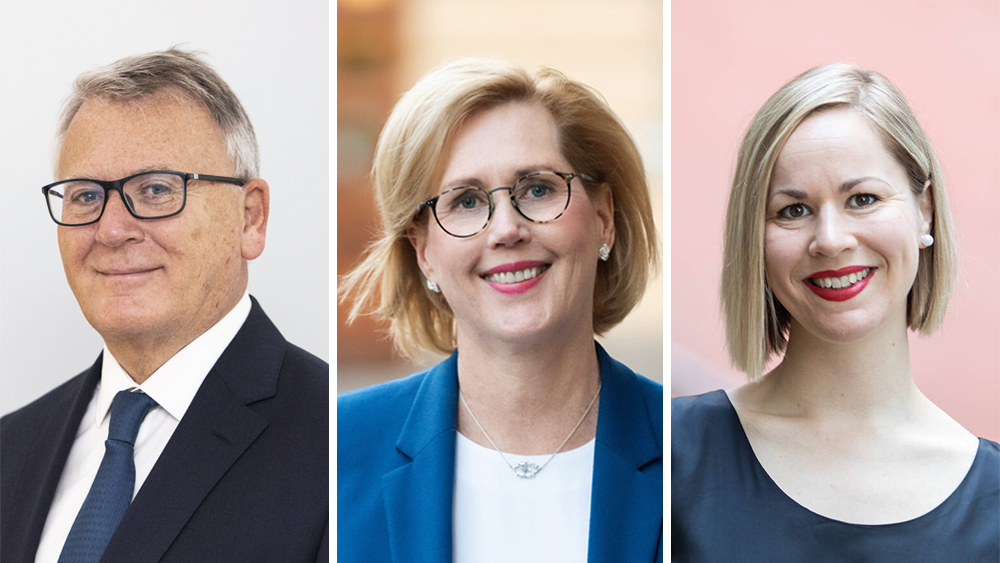 Commissioner Schmit met Minister of Employment Tuula Haatainen and Minister of Social Affairs and Health Hanna Sarkkinen in Helsinki. They discussed issues related to the rights and livelihood of workers as well as homelessness.

Haatainen and Schmit discussed the EU Directive that seeks to improve the rights and working conditions of people working through digital platforms. Under the proposed Directive, it would be easier to distinguish between self-employment and an employment relationship and thereby give employees their statutory rights.

“The position and rights of platform workers is currently a topic of discussion in many EU countries. It is important that we can tackle this issue together to improve their position,” Haatainen says.

The Commissioner also presented the EU’s forthcoming recommendation to promote social dialogue between labour market organisations and to improve their competence and capacity to agree on terms of employment together.

“Finland’s goal is to improve wellbeing in the Union in general and to narrow the gap in living standards by reducing poverty and inequality. Reducing poverty requires broad-based social policy. I also discussed with Commissioner Schmit the promotion of mental health, which must take place comprehensively in society as a whole. Finland welcomes the Commission’s upcoming mental health initiative,” says Sarkkinen.

During the visit, the Commissioner visited the Ohjaamo guidance and service point to see the concrete work carried out in Finland to support youth employment. According to a study, the Ohjaamo centres have succeeded in reducing youth unemployment and in improving young people’s referral to services.

“Low-threshold cross-sectoral services funded with European ESF project funding have been effective and popular among young people. A decision has now been made to consolidate them and it was great to present them to the Commissioner,” Minister of Employment Haatainen adds.

The Commissioner also met representatives of key Finnish social and health organisations and visited the Y-Foundation to hear about the work against homelessness in Finland.

“This has been a very rich visit to Finland to discuss the work being done to strengthen social rights, promote social dialogue and reduce poverty and social exclusion. Finland is at the forefront of the fight to combat homelessness, and I was especially pleased to visit the Y Foundation which has worked so effectively to develop the Housing First principle. This is a source of inspiration for our European Platform on Combatting Homelessness. I commend Ministers Haatainen and Sarkkinen for their dedication to improving well-being for people in Finland and we will continue to collaborate closely on our EU 2030 social targets to increase employment, training, and reduce poverty” Commissioner Schmit says.