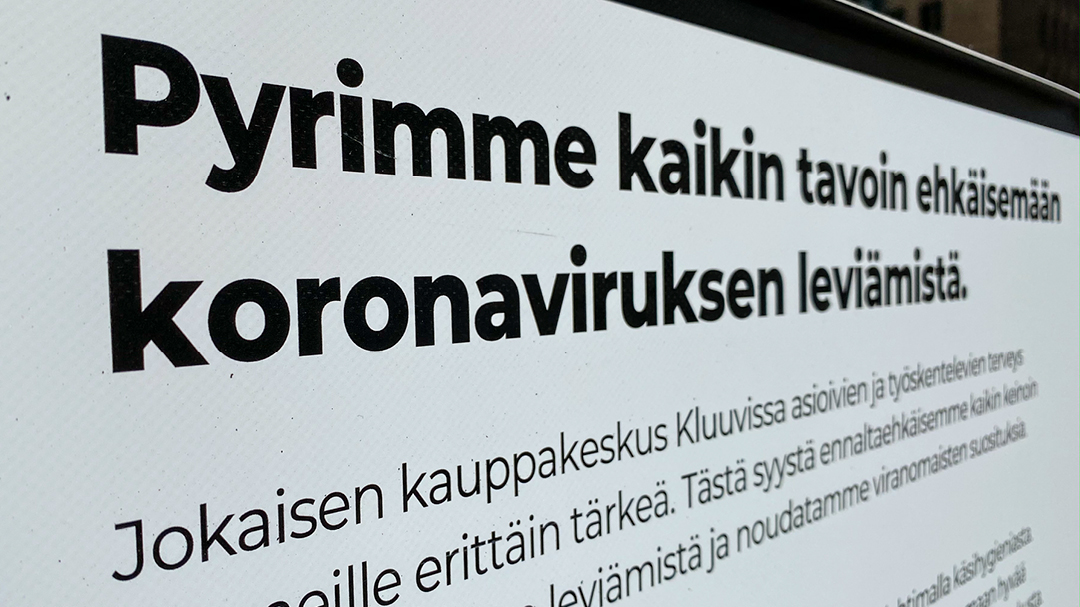 Rapid developments at regional level are typical of the current epidemiological situation. At the national level, the incidence of new COVID-19 cases, the number of tested samples and the percentage of positive samples of all tested samples have remained more or less at the same level for the last few weeks. The COVID-19 situation in Vaasa is on the wane, and thanks to prompt action, many other regions have also succeeded in breaking transmission chains. The need for hospital care has remained moderate.

During the period of 19–25 October, a total of 1,221 new cases were reported to the communicable diseases register, while in the previous week the number of reported cases was 1,257. The incidence of new cases was 22.0 per 100,000 inhabitants, while in the previous week it was 22.7. Currently, the estimated basic reproduction number is 1.25–1.35, with a 90 per cent probability.

Regional measures are still key to curbing spread of epidemic

Timely and sufficiently extensive measures at the regional level can help address local epidemiological situations effectively. Such measures play a key role in combating the epidemic. Weekly monitoring proves how quickly the spread of the epidemic can slow down when regional and local measures and restrictions are introduced and transmission chains are successfully traced. Tracing of transmission chains has also become easier in Helsinki and Uusimaa; the source of infection was unclear in only less than half of the cases in the region.

Cases where the virus had spread through recreational activities accounted for about 10 per cent of the cases with known source. In about 10 per cent of the cases, the virus had spread at workplaces. Educational institutions or daycare centres were considered to be the source of infection in only a small number of infections. During the period of 19–25 October, cases where the virus had been contracted at restaurants were reported much less than before.

People over 70 years of age are in the risk group because of their age, and it is still extremely important to protect the people at highest risk of severe illness.

Coronavirus is transmitted efficiently particularly between people who are in close contact for a longer time. People with even the mildest symptoms should not take part in social events, but they should avoid contact with other people and get tested as soon as possible. Each of us can do our part to slow down the spread of coronavirus. It is important that healthy people too avoid close contact with others during the epidemic.