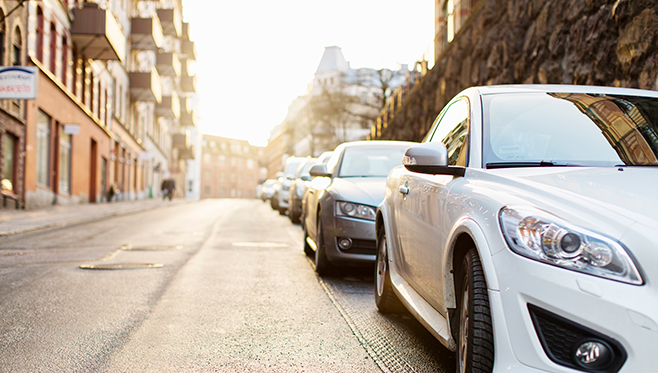 There are a number of reasons behind the international rise in energy prices. The demand for energy products has risen as total demand has recovered after the worst phase of the COVID-19 crisis. At the same time, energy production is still suffering to some extent from the reduction in production capacity that occurred at the start of the crisis. Weather conditions and the unstable geopolitical situation have also contributed to the rise in energy prices.

Fluctuations in global market prices for crude oil are reflected as fluctuations in consumer prices for liquid fuels. At the onset of the COVID-19 crisis, fuel prices dropped as demand declined. As demand has increased, crude oil prices have risen sharply. However, increases in production are expected to gradually reduce the pressure to raise prices.

The Government has decided on temporary targeted measures in response to rising energy prices. The measures are particularly focused on transport and target households, providers of professional transport services and agricultural entrepreneurs. The measures include both short- and long-term measures.

The Government has already taken action with respect to the price of electricity. As of the start of 2021, the electricity tax for industrial users, data centres and agriculture was reduced to the minimum rate allowed by the EU. This year, a lower electricity tax rate will be expanded to certain heat pumps, electrical boilers and to a larger number of data centres. The position of consumers on the electricity market has been improved by intervening in energy transmission prices. The amount of transmission fees that can be charged to customers in 2022 is approximately EUR 370 million less than in 2020.

Maximum deduction for commuting expenses to be raised temporarily

The changes to the deduction for commuting expenses will impact the taxation of approximately 570,000 taxpayers. Assessed statically at the 2022 level, they will reduce tax revenue by approximately EUR 142 million.

The deductibility of park-and-ride expenses for trips between home and the workplace will also be examined.

Agricultural production buildings will be temporarily exempted from real estate tax for 2022, provided that doing to is acceptable under EU law. The Government will launch discussions on the matter with the European Commission. This measure will be compensated to municipalities in accordance with the Government Programme. If EU legislation does not permit this measure, expenses incurred by agriculture due to the energy crisis will be compensated through other instruments as part of supplementary budget preparation.

The Government is also preparing measures to improve the income and profitability development of agriculture over the short- and long-term, to balance food chain operations and to ensure security of supply.

The goal is for the new guarantee model to be applied to, for example, investments that significantly improve the energy efficiency of buildings or renew heating systems to make use of renewable energy, such as geothermal, wind and solar energy. The guarantee model could also be applied to the construction of vehicle charging infrastructure as well as to conversions and purchases of gas and electric cars.

Potential investment targets will be specified as preparation proceeds. The constraints of legislation, other steering instruments and the central government’s risk management will be taken into account in the preparation.

Preparation of an occupational diesel tax system will begin. The preparation work will assess whether an occupational diesel system can be implemented on the basis of the current system or by removing the direct tax subsidy for diesel and retroactively refunding tax paid for diesel used in professional transport services. The Government’s climate objectives will be taken into account in the preparation.

Targeted financial support system based on income and region

The Ministry of Finance, in cooperation with the Ministry of Transport and Communications, the Ministry of Social Affairs and Health and other relevant ministries, will prepare a financial support model for government coalition talks in spring 2023. The aim of the model is, on the one hand, to make the energy tax system more fair from the perspective of climate and, on the other hand, to respond to the unreasonable social consequences of spikes in fuel market prices.

The goal of preparation is to create a model in which support can be granted to households on the basis of income and region. The goal is also to determine whether the model could incorporate an element that would enable income support to be paid to households automatically in the event of a sudden spike in market prices.
Increased energy prices to be taken into account in social assistance
The Government will issue a recommendation that increased costs of living caused by increases to energy (incl. electricity) prices be taken into consideration when granting social assistance. The goal of the recommendation is to ease the difficulties experienced by lowest-income households due to sudden deteriorations of the economic situation.

The Government is preparing amendments to the Electricity Market Act that will improve the position of consumers in the event of an energy price crisis. The goal is to increase awareness of electricity supply contracts that use dynamic pricing, also called spot contracts.

In future, end users of electricity would be required to expressly consent to a spot contract. When offering an electricity supply contract that uses dynamic pricing, the seller would also have to provide the end user information on the opportunities, costs and risks of the contract.