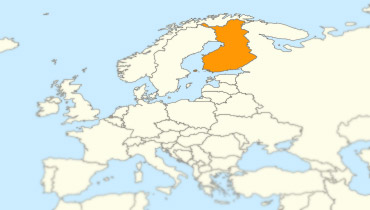 The EU Informal Meeting of Health Ministers will discuss the prevention of childhood diabetes and actions on HIV and AIDS in Malta on 19–20 March. Minister of Family Affairs and Social Services Juha Rehula will be representing Finland.

The Maltese Presidency has identified the prevention of childhood obesity as one of its most pressing priorities. Halting the rise in childhood obesity requires both national and EU actions. In Finland, we aim to prevent childhood obesity through child health clinics and well-organised daily meals in day-care centres and schools, among other means. Finland will be presenting our good practices during the meeting.

The Maltese EU Presidency proposes that the proceedings of the meeting on HIV/AIDS prevention will be translated in a technical Malta Declaration. The aim is to improve Europe’s HIV response and achieve the UN target of ending AIDS by 2030. This requires the scaling up of actions on HIV and AIDS within the next five years as well as a considerable increase in resources for prevention efforts.

Although the overall HIV/AIDS situation is fairly good in Europe, there are great regional differences. New cases of HIV infection are reported especially in Eastern Europe. Finland stresses the importance of supporting the EU Member States worst affected. In Finland, some 150–180 persons are diagnosed with HIV annually, according to the National Institute for Health and Welfare.

The EU health ministers will also discuss cross-border collaboration in the procurement of medicines and health technologies as well as training of medical specialists. Over the course of the meeting, Minister Rehula will have bilateral discussions with, among others, EU Health Commissioner Vytenis Andriukaitis and Sweden's health minister Gabriel Wikström.