Minister Mattila:
Chronic diseases can and should be reduced globally – Finland to lead the way 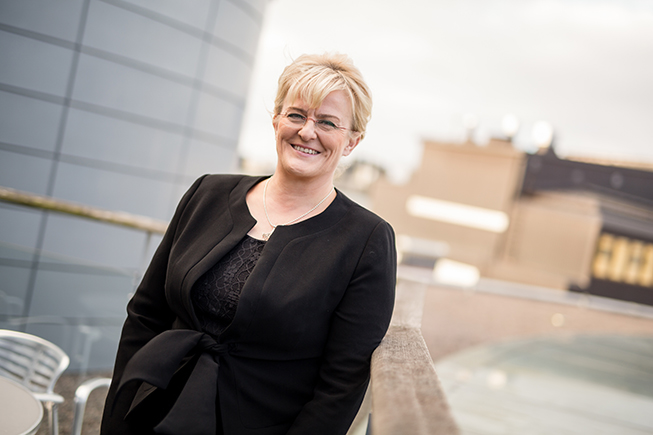 By international standards, Finland has been successful in preventing chronic, noncommunicable diseases (NCDs). That is why we can venture to set an example for others.

We have found a successful combination of soft and hard measures for tackling cancers, diabetes and cardiovascular and respiratory diseases. We have evidence of the positive public health effects of soft measures, such as workplace catering, health education at school and lifestyle counselling for families. An example of hard measures is our excise duties on alcohol and tobacco, which are high by international standards. We have also introduced an excise duty on soft drinks, which is rather rare in the world. Our goal is that fewer and fewer Finns are affected or killed by NCDs.

NCD's have a massive impact on global economy but the prevention of these diseases is highly cost-effective.

The World Health Organization’s (WHO) Independent High-level Commission started its work this spring. It has already issued international recommendations on the prevention and control of noncommunicable diseases. It calls for urgent action from policy-makers to address the burden of NCDs and mental health problems across the globe. Success requires effort from all spheres of policy-making – it cannot be done by the health and social services sector alone. In 2015, around 40 million people died from NCDs, accounting for 70% of all deaths worldwide. It means that 15 million people died prematurely.

It is easy to understand the massive impact NCDs have on global economy. We know, too, that we can prevent these diseases, and that prevention is highly cost-effective. A recent WHO report shows that each dollar invested on prevention gives a seven-fold return.

We must reduce socio-economic inequalities

In Finland and across the globe, we should remember that in order to prevent NCDs we must be able to reduce socio-economic inequalities. Socio-economic factors have a great impact on lifestyles, and some lifestyles are associated with a higher risk of disease. NCDs can be prevented by addressing metabolic risk factors, such as obesity and high levels of blood pressure, blood sugar and cholesterol. There are a number of good ways to reduce smoking and alcohol use, improve dietary habits and increase physical activity. It is now time to make these practices more widely available.

Socio-economic factors have a great impact on lifestyles, and some lifestyles are associated with a higher risk of disease.

The High-level Commission’s recommendations are no novelty. Political commitments and action plans have been made before, the Sustainable Development Goals of the UN (Agenda 2030) leading the way. Nevertheless, it has been extremely difficult to prevent noncommunicable diseases and reduce mortality rates. We are not on track to reach the goals in time. Socio-economic inequalities still persist, and especially developing countries are struggling under their weight.

We have now taken a more decisive step forward. The 73rd session of the UN General Assembly next September will include a high-level meeting to undertake a comprehensive review of the prevention and control of noncommunicable diseases. Finland’s President Sauli Niinistö is co-chairing the Commission, together with the Heads of State of Uruguay and Sri Lanka. More than 30 Heads of State and Government are expected to attend the meeting. I have the honour of being present in my role as WHO High-level Commissioner. I hope that the meeting will achieve political commitments by which all countries will abide.