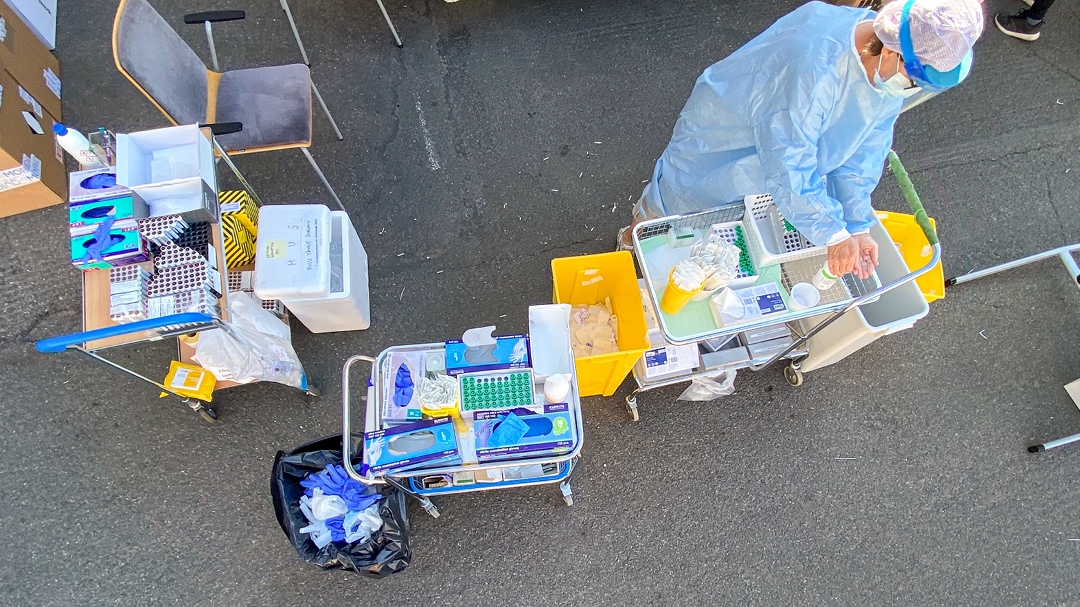 The number and incidence of coronavirus cases have risen again compared to the past few weeks. While the national epidemiological situation has remained fairly stable for several weeks now, there are considerable regional differences. Getting tested is the key to curbing the spread of coronavirus.

Although the majority of the cases are of domestic origin at the moment, the fact that the pandemic is escalating in Europe is worrying and, in future, the situation can also affect Finland.

So far timely and sufficiently extensive measures at the regional level, rapid testing and effective tracing of infections have helped curbing the spread of the epidemic in regions. In all this, the underlying principle is that we all act responsibly and take into consideration in our own activities the guidelines of the authorities, for example, on reducing physical contacts, maintaining a safe distance, ensuring good hygiene practices and using a face mask or covering.

On 4 November 2020, seven regions reported having entered the acceleration phase. These regions are the Hospital Districts of Helsinki and Uusimaa, Kanta-Häme, Länsi-Pohja, Pirkanmaa, Vaasa and Southwest Finland and the Åland Islands. The remaining 14 hospital districts are at a stable level, but there are individual cities and towns situated in some of these hospital districts that have entered the acceleration phase. These cities and towns are Kouvola, Kuopio and Siilinjärvi, Oulu and Rovaniemi.

Currently, the estimated basic reproduction number is 1.20–1.25, with a 90 per cent probability.
During the period of 26 October – 1 November, a total of 1,428 new cases were reported to the communicable diseases register, while in the previous week the number of reported cases was 1,230. The incidence of new cases was 25.8 per 100,000 inhabitants, while in the previous week it was 22.2.

Percentage of positive samples is increasing

Spread of the virus most common within families, according to information regarding tracing

Between 26 October and 1 November, only a small percentage of cases were traced back to public events and restaurants, bars and cafes. It is clear that recommendations and restrictions, such as restrictions on the late opening hours of food and beverage service businesses, help reduce possible exposure to the virus.

It is estimated that about 12,700 people, which is nearly 75 per cent of all confirmed cases, have recovered from the disease. The total number of confirmed cases in Finland now stands at 16,930. There have been 361 deaths related to the disease.