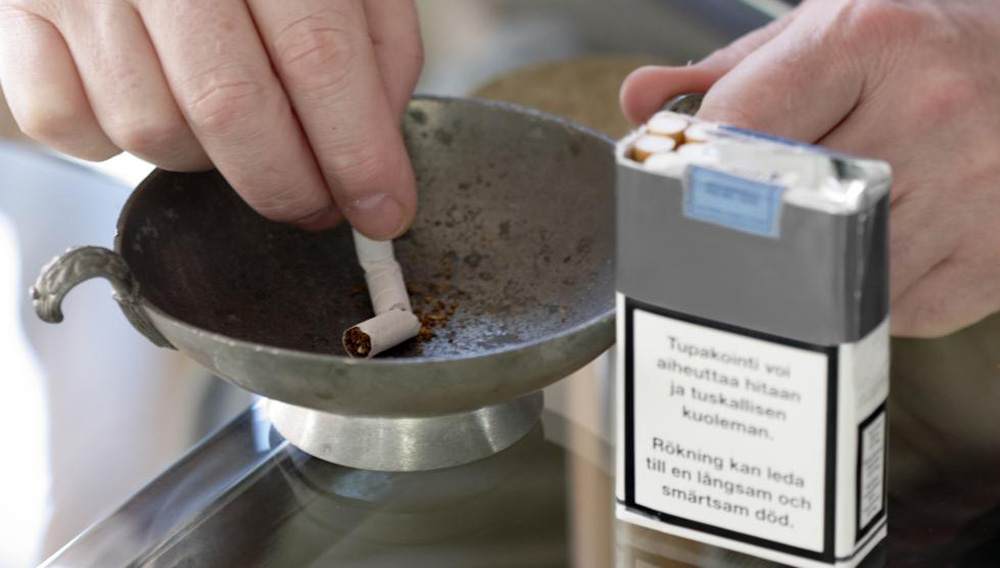 All characterising flavours, such as vanilla and menthol, of cigarettes, roll-your-own tobacco and liquids for electronic cigarettes will be prohibited. It will become easier for housing companies to intervene in smoking on balconies. Electronic cigarettes containing nicotine will be subject to the same provisions as other cigarettes in the Finnish market. Smoking in cars with children under the age of 15 will be banned. These are some of the amendments included in the new Tobacco Act which will enter into force on 15 August 2016.

The new Act implements the EU Tobacco Products Directive. Some of the amendments are based on Finland's own consideration and legislative needs.

The Tobacco Products Directive requires, among other things, that characterising flavours, i.e. other than tobacco flavours, in cigarettes and roll-your-own tobacco be prohibited. Popular flavours, such as menthol, will not be prohibited until 2020 after a transitional period. In addition to warning texts, visual warnings will also be used on the labelling of tobacco packaging sold in Finland. Mandatory warnings using text and pictures will cover 65 per cent of tobacco packaging.

Personal import of tobacco products and nicotine-containing liquids for electronic cigarettes from outside the EEA countries will be subject to a 24-hour time limit. This means that a person will have to be outside Finland for more than 24 hours before being allowed to bring these products into the country. Internet sales and other remote sales of tobacco products and electronic cigarettes will also be prohibited.

In addition, the new Act bans smoking in cars with children under the age of 15. The smoking ban will reduce children's exposure to tobacco smoke and associated damaging health effects. The ban will not apply to the living quarters in vehicles, such as camper vans.

Possibility to restrict smoking on balconies due to spreading of smoke

The new Tobacco Act will allow housing companies to apply to their municipality for a prohibition of smoking on balconies and in other outdoor areas of a dwelling, such as a terrace. A municipal authority can prohibit smoking if structures of the building or other circumstances allow smoke to spread, other than in exceptional cases, for example from one balcony to another. The spreading of tobacco smoke will be a sufficient reason for imposing a prohibition and there will be no need to prove a health hazard, contrary to the current procedure based on the Health Protection Act. The same possibility to intervene will also apply to situations in which smoke spreads from one dwelling to another through the structures of the building.

The Act enters into force on 15 August 2016, but it contains several transitional provisions. For example the provisions concerning ban on smoking on balconies will be applicable as of the beginning of the year 2017.