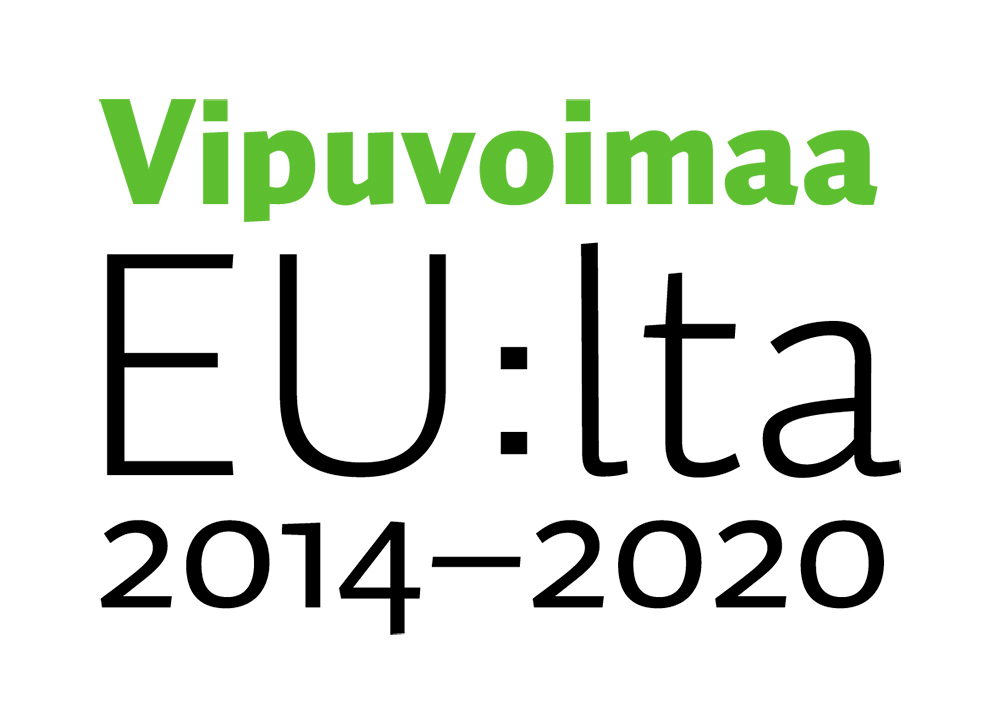 Focus areas of the call for applications 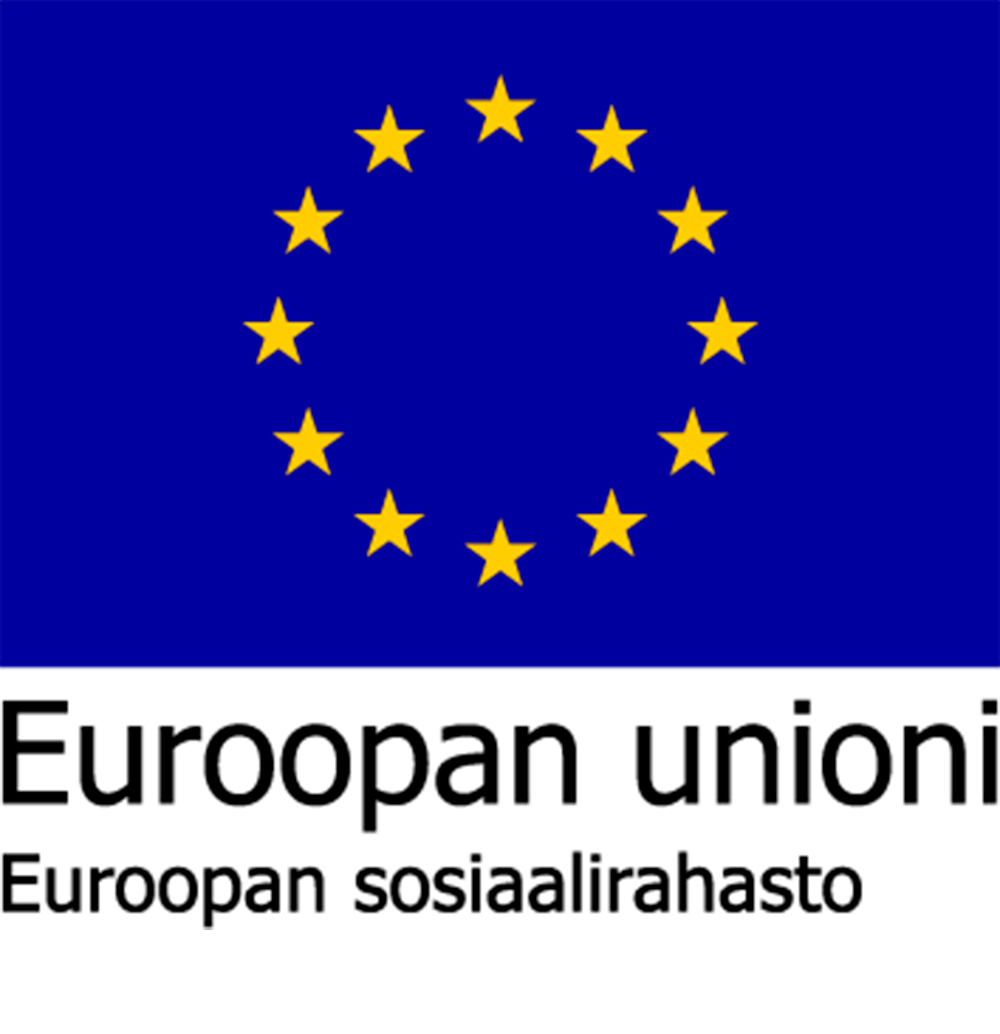 In this call for applications, projects aiming to unravel gender stereotypes in working life, education and the media, improve the status of gender minorities in working life, and support the employment of immigrant women will be prioritised.

Stereotypical ideas of gender roles are a key factor upholding segregation in the labour market and fields of education. Generalised and stereotyped characterisations related to gender need to be redefined as they restrict men and women’s choices and decrease flexibility in the labour market. Media actors also have opportunities to expand narrowly defined roles and, for instance, influence gender segregation in perceptions of occupations. Understanding and accepting the diversity of gender is an important precondition for a non-discriminating and equal working life.

Project proposals related to supporting the employment of immigrant women will also be regarded favourably.

1. Unravelling gender stereotypes in working life, at educational institutions and on the media

Sectoral gender segregation is more pronounced in Finland than in EU Member States on average, and there has been no essential change in this situation over the last few decades. The main change has been women obtaining qualifications giving them eligibility for male-dominated expert tasks that require a high level of education. Very few men have made their way into female dominated sectors. The segregation in education and the labour market limits men’s and women’s choices and reduces flexibility in the labour market. It may act as a barrier for the recruitment of different abilities and talents. Male and female graduates in the same field of education also tend to be placed in different sectors and roles. As a key reason for the segregation has been considered stereotyped ideas of gender roles, or generalised and rigid characterisations related to gender.

While educational choices and the guidance that supports them have been studied widely, little research-based information is available on the significance of gender stereotypes for young people’s perceptions of occupations and educational choices.

Projects funded by this call for applications will include those supporting the development of female and male-dominated fields of education, sectors and workplaces into more equal and attractive choices for both genders as well as the improvement of guidance and careers counselling. Projects should aim for cooperation between educational institutions, working life actors and authorities. Both male and female-dominated sectors/workplaces should be involved. Projects should focus on perceptions of occupations and unravelling stereotypes associated with them. In particular, projects that support men's capabilities for selecting education, training and jobs that are atypical for their gender would be regarded favourably.

Projects may seek answers to the following questions:

The media have a key role in promoting gender equality, as they reflect, produce and replicate norms and stereotypes. On the other hand, the media may bring about and support sociocultural changes in society and working life, for example by broadcasting information about occupations. Especially edited media (news) can be expected to bear some social responsibility and support gender equality and non-discrimination.

According to the Global Media Monitoring survey, 24% of people shown in the world’s news are women, while 76% are men. Also in Finland, the majority (73%) of people shown on news media are men (GMMP sample study 2015), and this situation has changed little since the 1990s, even if international commitments (the UN Convention on the Elimination of all Forms of Discrimination Against Women CEDAW, the Beijing Declaration and Programme of Action) contain an obligation to remove gender discrimination and promote gender equality on the media. In addition to men being shown more often than women on the news, the genders are presented in stereotypical ways. For example, women are more likely to be identified by their family status, whereas men appear in expert roles in financial and political news. This stereotypical mode of presentation restricts both men and women by maintaining and reinforcing perceptions of the gender dichotomy and what is suitable for men and women.

To make sure that edited media support an equal society and reduce segregation, it would be important to increase media actors’ awareness of the significance of gender, labour market segregation, manifestations of gender inequality, stereotypes and the diversity of gender. For example, projects could investigate the perceptions of different sectors and occupations communicated by the media, attempting to change any distortions. Equality-related contents can be introduced to education in the field of journalism. Different technical solutions for monitoring the number of representatives of each gender and the way they are presented on the news can be developed and implemented. Good experiences have been obtained of measuring contents and assessing journalists’ working conditions, and these methods can be developed further and introduced.

Discrimination based on gender identity and the expression of gender were prohibited under the Act on Equality between Women and Men in 2015. However, discrimination against such groups as the gender-queer is common. Stereotypes related to men and women live on, and stereotyped role expectation are placed on boys and girls from a young age. Gender stereotypes also have a negative effect on the gender-queer. Practices geared to unravelling gender roles in early childhood education and care, education and training and working life alike are important. For example, projects to be funded could investigate the challenges encountered by the gender-queer in finding employment, improve (early childhood) education providers’ skills in gender-sensitive education, or disseminate information and impart skills for working life actors regarding gender diversity and the prohibition of discrimination.

Preparation and submission of applications

Applications addressed to the Ministry of Social Affairs and Health should be submitted to the authorities in EURA2014 no later than 31 August 2018.

When submitting their applications, applicants should ensure that they are addressed to the relevant competent authority. As the entire application process will be handled electronically, no signed applications need be submitted to the authority separately. Any attachments should also be submitted electronically using EURA2014. There is no need to submit a statement of outstanding taxes, extracts from the Trade Register, the Register of Associations and the Register of Foundations, or information on authority to sign.

Before preparing an application, it is a good idea for the applicants to familiarise themselves with the following acts and decrees on the Finlex website:

When preparing their applications, applicants are requested to familiarise themselves with Sustainable growth and jobs 2014 - 2020 Finland’s Structural Funds programme, the ESF’s national packages of measures, and the instructions provided in this document. The programming document and other instructions for applicants are available on the national Rakennerahastot.fi website. The applicants should also familiarise themselves with the communication guidelines found on this website.

What should be done before and after the project?

An applicant with a project to be funded must prove their competence for the project tasks and for working together with other implementers already at the application stage. The application must indicate how the activities will be continued or outcomes used after the project’s conclusion.

Support cannot be used as general operating assistance. The beneficiary must have sufficient financial and other capacity to implement the project. The beneficiary must also have the capabilities for ensuring the continuity of activities after the project’s conclusion, or it must be possible to transfer the activities to another designated actor. The outcomes of a development project must lend themselves to general utilisation.

The maximum duration of a project is three years.

ESF and national State aid in projects may not exceed 80% of the eligible overall costs of a project. As stated in the programming document, a project is expected to have municipal and/or other public funding amounting to no less than 12.5% of its total costs. If the project has no self-financing, justifications for this must be attached to the application. The final support level will be set following project negotiations with the financing authority.

Participants’ wage and salary costs subject to separate reporting may only be allocated to the project for the part of costs incurred by municipalities and other public bodies. In joint projects, all participants contribute to raising the self-financing as a rule, and each implementer's share will be specified in an agreement concluded by the beneficiaries (a mandatory attachment to a EURA2014 application).

In ESF project applications, the 17% flat rate model should be used as a rule. If the applicant wishes to use one of the following cost models, however, justifications for this exception to the main rule should be provided. Other possible cost models in ESF projects are a 15% flat rate, a 40% flat rate, a lump sum and actual costs. The project’s cost projection and financial plan may only be accepted on the basis of actual costs for exceptional reasons related to the way the project operates.

The projects will be assessed and points will be awarded to them based on general criteria and selection criteria related to the specific objectives approved by the monitoring committee of Finland’s Structural Funds programme 2014-2020. For the assessment criteria, visit Rakennerahastot.fi. Applicants should read the selection criteria carefully.

The financing authority may also determine specific assessment criteria for individual themes. In this call for applications, as a thematic selection criterion has been specified the following:

The project develops national operating models and/or the project outcomes can be used to support the development, application and implementation of legislation.

For the weightings of the general selection criteria and the criteria related to the specific objectives, see the link.

Selection procedure and other issues to note

The financing authority proposes that, where possible, persons of varying ages, representatives of different genders, persons belonging to language, cultural and other minorities or target group representatives be recruited as project staff members. The financing authority reserves the right to negotiate on combining projects proposed for approval and other issues related to project implementation. If necessary, projects addressing the same target group will be combined into larger wholes.

Regardless of the project’s contents, the horizontal principles defined in the Structural Funds programme should be addressed already in the application phase. The horizontal principles, which include sustainable development, non-discrimination and gender equality, are described in the programming document. The gender perspective must be addressed in the activities of all funded projects.

Attachments to the application

This call for applications was published on the Rakennerahastot.fi website on 14 May 2018.

The call for applications was also published on the Ministry of Social Affairs and Health’s website.