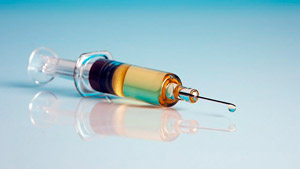 Finland’s drug policy will in the years ahead emphasise continued and improved long-term work at basic level as well as cooperation between various stakeholders. Prevention and early intervention play key roles in actions to prevent drug addiction, criminal behaviour and social exclusion among young people. In practical work the primary aim is to influence drug demand and supply, reduce drug-related harm and promote fundamental and human rights. The guidelines are confirmed in the new Government Resolution on drug policy adopted on 15 December.

The objective of Finland’s drug policy is to prevent the use and spread of narcotic drugs so as to minimise the health, social and individual harms and the economic burden of their use and prevention. Drug policy is implemented in close cooperation with pharmaceutical policy in order to safeguard access to important medicinal products.

The Ministry of Social Affairs and Health is responsible for the national coordination of drug policy. The National Drug Policy Coordination Group will continue its work in 2016–2019. It has representatives from the ministries that are implementing drug policy as well as from the agencies and institutions in their administrative branches. The group’s task is to monitor drug trends and report on them regularly to the Government. It also coordinates the drafting and implementation of legislation and official measures relating to drug policy.

The Government Resolution emphasises that a multidisciplinary approach to drug prevention and early intervention is particularly important among young people. Schools and educational institutions will prevent drug use through multidisciplinary school and student welfare teams in collaboration with parents, substance abuse services, social workers, youth services, the police and the third sector. Youth work will form an important part of drug prevention.

Drug-related crime will be investigated with maximum efficiency. Control of drug-related crime will be based on analysed data and official measures. The Police, Customs and the Border Guard will collaborate to prevent the imports of illicit drugs. Close international cooperation will ensure effective establishment of criminal liability in cross-border drug crime. Crime control efforts should be directed at information networks as a facilitator for the distribution of narcotic drugs.

Preventive measures will be considered even in the actions against drug-related crime. This can mean for example referrals to early intervention or treatment and interviews of underage first-time offenders.