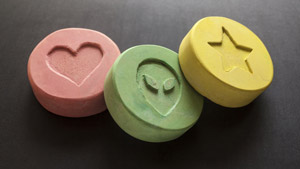 The Government Decree on Narcotics will be amended so that the classification of eight substances will change on the basis of decisions made by the UN and the EU. Four substance will also be subjected for the first time to national narcotics control. Classifications by the UN and EU will influence how supervisory authorities in Finland control these substances. The new decree will enter into force on 15 November 2018.

The Decree will prohibit the production, import, storage, sale, handing over as well as possession and use of illegal substances and these will be regarded as punishable offences. There is a zero-tolerance policy in place for these substances when driving.

Four of the substances that will be subject to international control measures have previously been classified in Finland as psychoactive substances prohibited on the consumer market, and two have been nationally prohibited as narcotics.  The amendment to the classification of substances is based on decisions made by the UN Commission on Narcotic Drugs in March this year and an assessment by the World Health Organization (WHO) on the harm posed by the substances.

Five of the substances are synthetic cannabinoids (5F-MDMB-PINACA, AB-PINACA, UR-144 and 5F-PB-22 and AB-CHMINACA). These have an effect similar to that of cannabis, but compared to plant-based cannabis the use of synthetic cannabinoids involves significant added risks. The substances are considerably stronger than cannabis, and their accurate dispensation is difficult. The sixth prohibited substance (4-Fluoroamphetamine) is a stimulant that affects the central nervous system. It is similar to amphetamines in both its effects and other characteristics.

According to an implementation decision by the EU on 28 September 2018, two substances that have previously been prohibited in Finland will be subject to control measures in the EU. These substances are cyclopropylfentanyl and methoxyacetylfentanyl. They are strong synthetic opioids that closely resemble pain medicine fentanyl, which has been classified as a narcotic substance, in structure.

Fentanyls are extremely dangerous as the used doses are small; dispensing of the substance is difficult and overdoses can lead to life-threatening respiratory depression. The substances are marketed in a way that provides no certainty on the content or purity of the sold product or they are sold as a completely different product or substance. This can also result in situations that unintentionally pose a risk to life and health.

Synthetic opioids like fentanyl are also classified nationally. Four new opioids will be added to the scope of control for the first time (3-Methylcrotonylfentanyl, 4-HO-BF, 4MeO-BF and Thiophene fentanyl). A proposal on adding the substances to the scope of national control has been compiled by the Finnish Medicines Agency (Fimea).

The official name of the decree is the Government Decree on narcotic substances, preparations and plants.